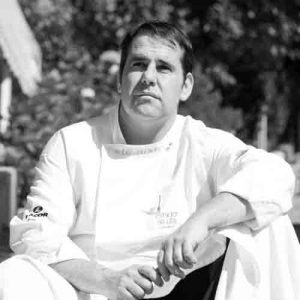 Rubén Trincado got the passion for cooking from his grandmother and his parents, who managed the restaurant Mirador de Ulía for decades. Rubén developed his abilities thanks to local experiences in the Kokotxa restaurant in the old town, with Muguruza, in Martín Berasategui’s Bodegón Alejandro, and in Hondarribia’s Abarka. However, Rubén sought out new experiences overseas, continuing his training with Didier Garbage in Landes, La Perouse in Paris and Labota in Geneva.

He won the “Martín Berasategui-Alcorta Mini-Kitchen Award” in 2006, and he received the 1st Michelin star in 2010.