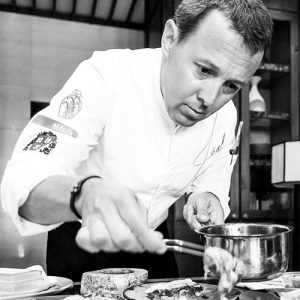 The Spanish chef Carles Tejedor has an eclectic personality: at the same time a chef, a teacher and a businessman. A solid background with experiences in different countries: in 1999 he opened the first Spanish “Tapas Bar” in the Savoy luxury hotel in London, in Mexico, in the USA and lately in China. In 2006 he was appointed as Executive Chef of the Via Veneto Restaurant in Barcellona, where he rapidly obtained the first Michelin star. Thanks to his knowledge and competences he founded Oilmotion, a consulting company based in Barcelona and Pechino specialized in researching on olive oil. In 2009 Carles started teaching in “Science and Cooking” Master’s Classes in Harvard and holds periodic conferences and food courses all over the world. Since last October the chef is facing a new challenge as Food Director of the “El Nacional” in Barcellona. The multidisciplinary space specialized in serving the best Spanish specialties from the regional culinary tradition.