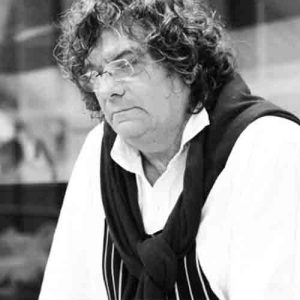 Chef Pierangelini is world-renowned for his award-winning seaside restaurant “Il Gambero Rosso” (2 Michelin stars) in San Vincenzo, Livorno, his ebullient master classes and his edgy, intuitive and trend-setting recipes. He oversees the design of the menus for the Rocco Forte Hotels’ restaurants. In addition he visits each restaurant regularly to inspire the local teams of chefs, and he conducts specialist master classes for guests.

Fulvio Pierangelini is of Roman origin, but trained and practised in Tuscany. He has been described as a ‘food whisperer’, able to conjure magic out of the simplest and most familiar ingredients – seafood, fish, vegetables – and combining and presenting them in new and inventive ways whilst remaining true to Italian tradition.

His signature dish is the much-imitated Passatina di Ceci e Gamberi (puree of chickpeas with shrimp), but he is also famous for having included pasta with tomato sauce on the menu at Il Gambero Rosso, to prove that Michelin-starred food need not be complicated and fussy.

His collaboration with Rocco Forte Hotels began several years ago when he was appointed to direct operations at the Jardin de Russie (Rome) and L’Incontro (Florence) restaurants, transforming them into popular haunts for the locals as well as great assets to the hotels themselves.

Fulvio’s great personality and charisma matches his creativity and quest for perfection, and whether he’s in Sicily or Northern Europe he conquers both the palates and the spirit of his guests. For Rocco Forte Hotels’ Italian restaurants, Chef Pierangelini focuses the menus around the ingredients and flavours of each region. He brings a sense of harmony to the restaurants, so that they feel related to each other through some of the dishes served and through excellence in both cooking and service. 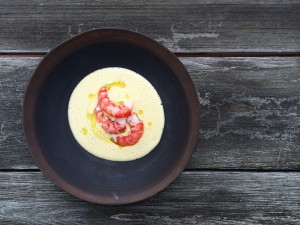