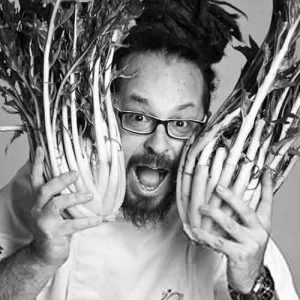 Marcello Trentini, born in 1971 in Turin, is an Italian chef and has always been an enthusiast of traditional Piedmontese cuisine. Graduated in Fine Arts, he is open minded and reflects in his creations the contemporary social and cultural transformations.  Crossing the boundaries of “here and now” he creates a glocal cuisine thanks to the combination of influences he is exposed to in his home town. Being a great Interpreter of the tradition, he is not afraid of breaking the rules and defines his cuisine as “Contemporary from Turin”. In 2003 he opened his restaurant Magorabin, being awarded the 1st Michelin star shortly after. Since 2008 he has joined the Association of Jeunes Restaurateurs d’Europe and the Association Le Soste.