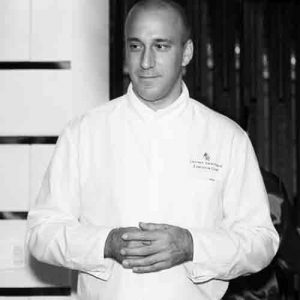 French Chef Laurent began his career in 1995 as Chef de Partie at La Grande Cascade in France. Prior to joining the Aberdeen Marina Club in Hong Kong, he has worked in several Michelin-starred restaurants around the world, including Sketch in the United Kingdom and Le Louis XV in Monte Carlo.
He has also worked at The Landmark Mandarin Oriental in Hong Kong as Executive Sous Chef, and both the Four Seasons Resort Maldives at Kuda Huraa and the Regent Singapore as Executive Chef.