El Club Allard is one of the top restaurants in Madrid, born in 1998 as a private club and opened to the public five years later.  During this period it became a prestigious fine dining restaurant awarded with two Michelin stars.

The Club Allard’s facilities are located in the historic building of “Casa Gallardo”, the magnificent palace a few meters from Piazza di Spagna, icon of  the modernist style of the early ‘900.

The Executive chef Maria Marte has been  working at El Club Allard since its opening, and thanks also to its expert and inspired cuisine the Club became a benchmark in the Spanish gourmet overview.

Maria’s cooking style is characterized by strong passion, instinct, ability and knowledge of the Spanish traditional and contemporary gastronomy.

“My purpose is to amaze my guests, and let them live an unbelievable experience thanks to my cuisine. We aim to gain the respect and the admiration of our customers everyday and with every service”. 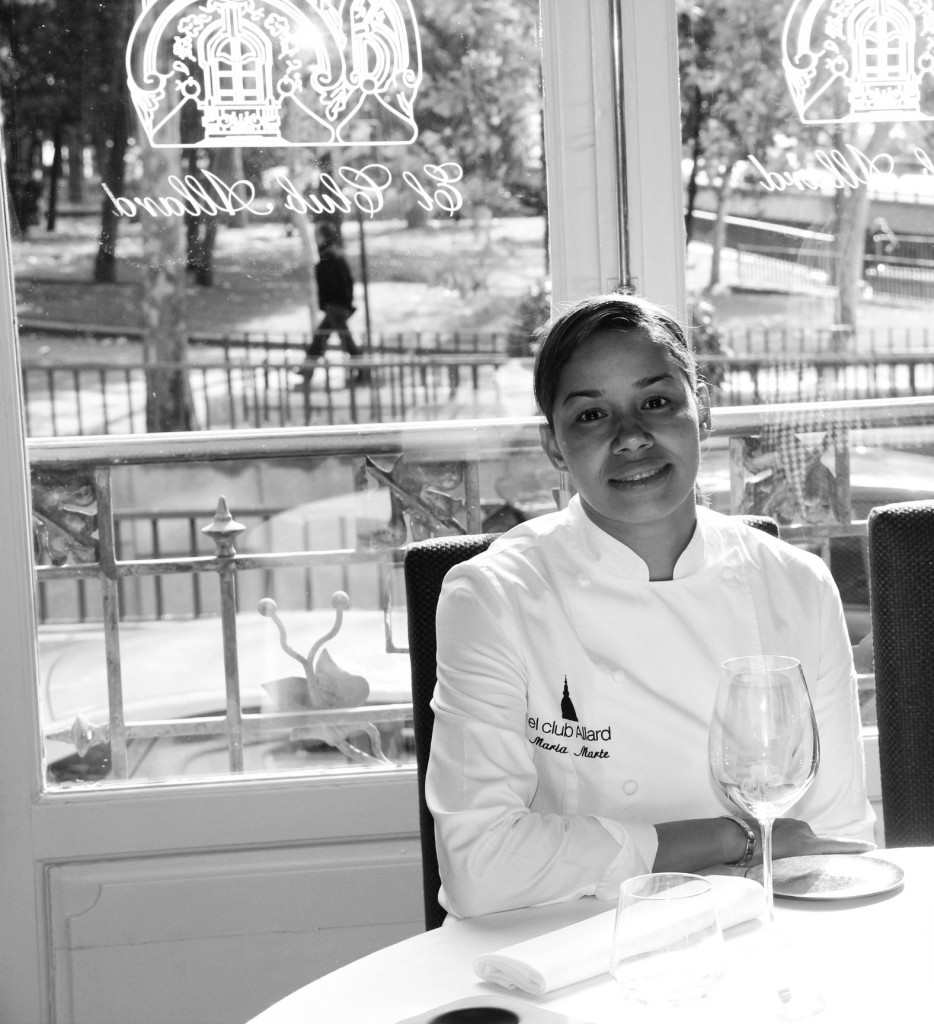